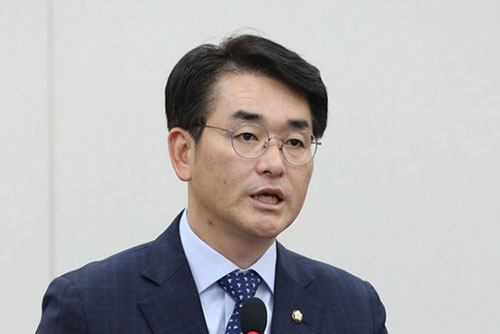 Rep. Park Yong-jin of the ruling Democratic Party announced that he will run for president in next year's election, becoming the first person to officially declare his candidacy.

Park announced his presidential bid on Sunday during a press conference on the National Assembly compounds.

The two-term lawmaker pledged to achieve a change of era in the country's politics and become the youngest president to create a "happy nation."

Park also vowed to resolve the real estate issue, which has become the source of public anger and frustration, while promising to establish a stable asset building system.

In addition, he pledged to replace the country's compulsory conscription system with a volunteer military system.
Share
Print
List