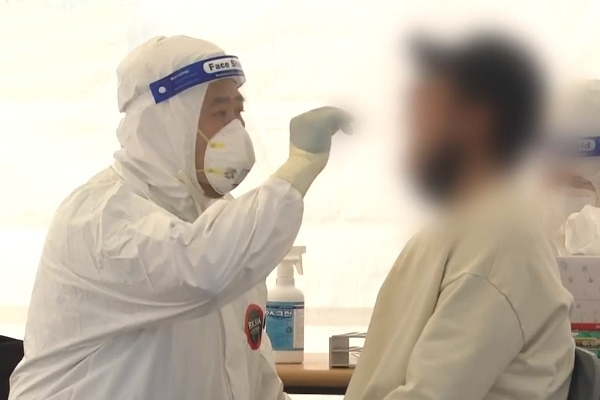 South Korea's daily new COVID-19 cases climbed back above 500 on Tuesday amid lingering concerns about a spike in infections.

The Korea Disease Control and Prevention Agency(KDCA) said Tuesday that 511 new cases were detected throughout Monday, raising the country's accumulated caseload to 128-thousand-283.

The daily figure rose over 500 a day after it fell to the 400s for the first time in a week.

Of the new cases, 483 are local transmissions and 28 are from overseas.

About two-thirds of domestic infections came from the greater metro area, with 163 in Seoul, 127 in Gyeonggi Province and 20 in Incheon.

Other parts of the nation added 173 cases, including 23 in the southern island of Jeju and 19 in the southeastern city of Ulsan.

Four more deaths have been reported, bringing the death toll to one-thousand-879. The fatality rate stands at one-point-46 percent. The number of critically ill patients rose by ten to 171.
Share
Print
List