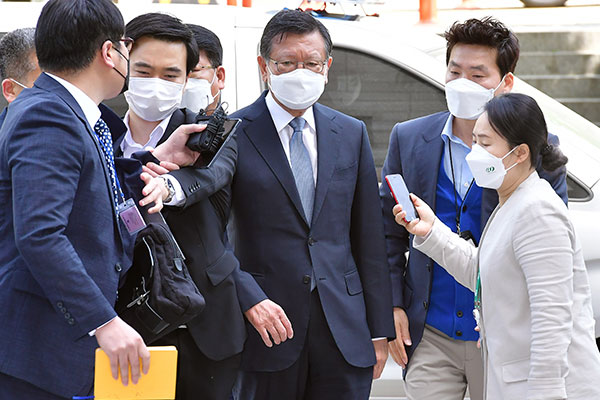 Park Sam-koo, the former chairman of Kumho Asiana Group, appeared at a hearing on his potential arrest warrant over allegations of unfair transactions among group affiliates under his leadership.

At the Seoul Central District Court on Wednesday, the 76-year-old businessman offered a simple apology when asked whether he admits to the charges.

Park is accused of taking over 130 billion won in low-interest loans without collateral from the group's affiliates to support the family-controlled Kumho Buslines.

Kumho Buslines earned about 16-point-nine billion won in gains from the interest rate gaps, while Park and his family was found to have pocketed at least seven-point-seven billion won in profit and 250 million won in dividends.

Park stepped down as chairman of Kumho Asiana Group and its affiliate Asiana Airlines in 2019.
Share
Print
List