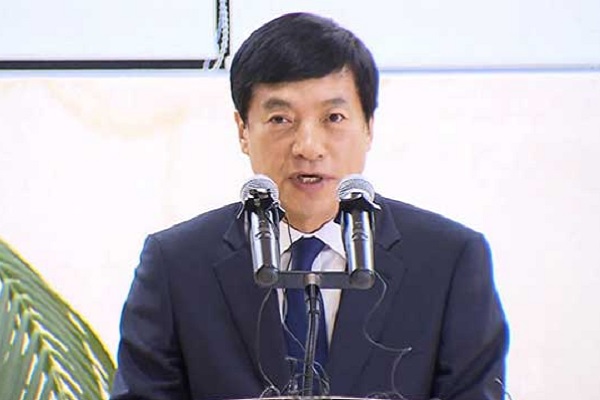 Prosecutors have indicted the head of its Seoul central district office over allegations he intervened in 2019 to stop an investigation into an alleged illegal travel ban imposed on former Vice Justice Minister Kim Hak-ui.

The Suwon District Office on Wednesday indicted Lee Sung-yoon without pretrial detention on charges of abuse of authority and obstruction of exercise of right.

It is the first time that the incumbent chief of the prosecution's largest district office has been indicted.

The decision comes two days after indictment was recommended by an independent panel that reviewed the validity of an ongoing investigation into Lee.

Lee, who has strongly denied the suspicions against him, issued a statement to express pity over the indictment. He promised to prove his innocence during the trial.
Share
Print
List