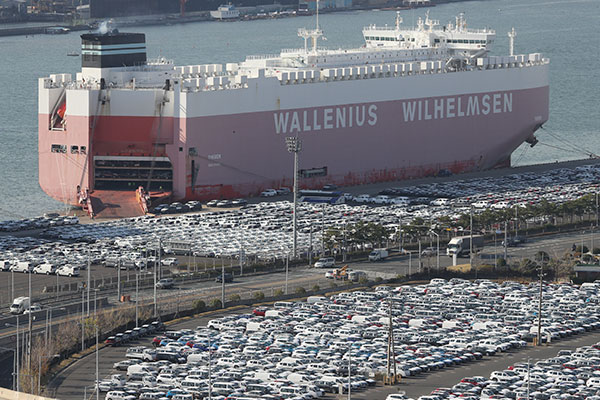 South Korea posted double-digit growth in both production and exports of automobiles last month despite the chip shortage for the auto industry.

According to data by the Ministry of Trade, Industry and Energy on Sunday, the country's production of automobiles rose eleven-point-eight percent in April from a year earlier.

A ministry official said that although auto production was disrupted by the chip shortage, the nation still posted growth in output on the back of strong exports coupled with a base effect.