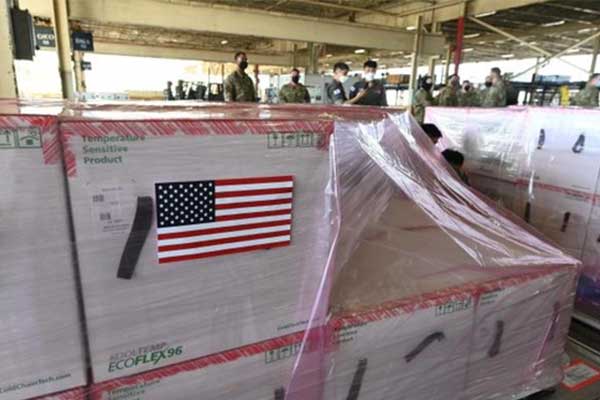 COVID-19 vaccines provided by the U.S. arrived at Seoul's Seongnam airport early on Saturday, on board a South Korean military cargo plane.

Explaining the provision, U.S. National Security Adviser Jake Sullivan said the Korean situation was "unique" and that Korean troops were serving alongside American forces in their country.

The U.S. government on Friday confirmed the delivery of the Johnson & Johnson COVID-19 vaccine to South Korea and emphasized the two countries' friendship and alliance.

White House spokeswoman Jen Psaki said in a press briefing that one million vaccine doses have been sent to South Korea to ensure the safety and readiness of U.S. and Korean military forces.

Psaki added the U.S. pledge to distribute 80 million vaccine doses is more than five times larger than any other country, and will be implemented by the end of June.

In a Twitter post, State Department spokesman Ned Price also said that one million J&J vaccines are headed to South Korea and the friendship between the two countries runs deep, especially in times of great need.
Share
Print
List