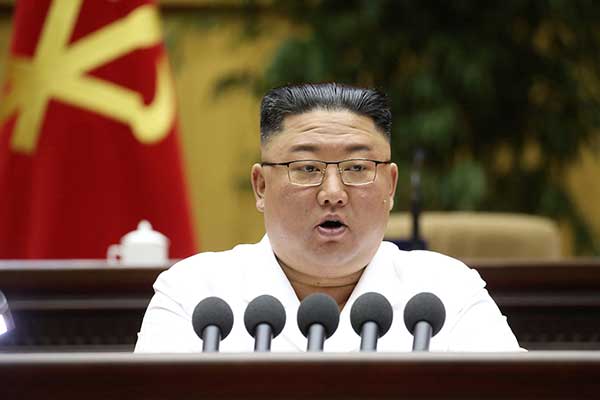 North Korean leader Kim Jong-un has presided over a politburo meeting of the ruling Workers' Party in his first public appearance in a month.

The Korean Central News Agency said Saturday that Kim chaired the session on Friday, in which the North decided to hold a plenary meeting of the party's Central Committee in early June.

Kim reportedly said that despite adverse conditions hampering smooth progress, many planned state projects were being sped up.

He said the plenary meeting will review overall state affairs for the first half of the year in order to make timely corrections and seek new measures.

Kim was last seen in public in early May, when he was photographed with military families.
Share
Print
List