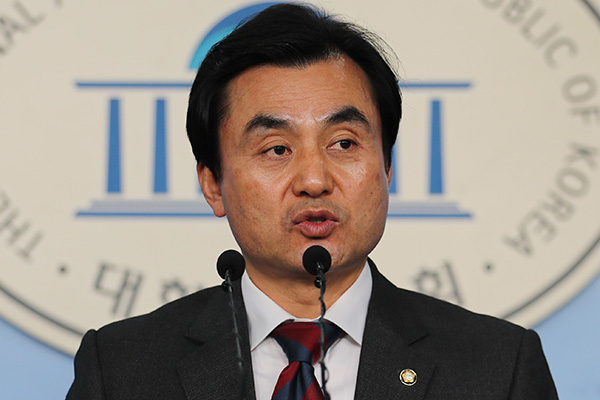 Rep. Ahn Gyu-back of the ruling Democratic Party(DP) tested positive for COVID-19 on Thursday, prompting concerns about a possible virus outbreak at the National Assembly.

Ahn is the second sitting legislator to be diagnosed with COVID-19 after Rep. Lee Gae-ho of the same party, who tested positive in April.

Ahn reportedly said that he came into contact with a local party official, who later tested positive for COVID-19, during an event on Sunday.

Ahn's infection sparked concerns about a possible spread of the virus among politicians and top defense officials.