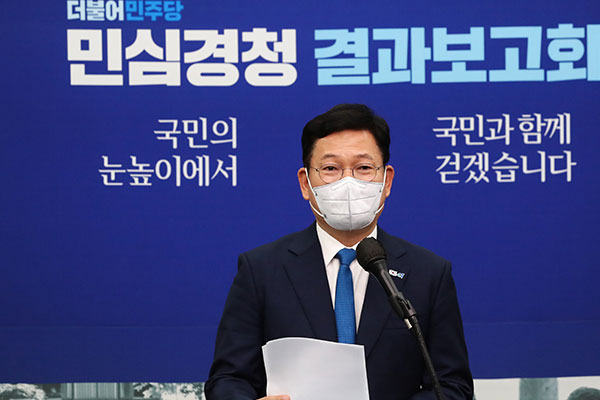 Ruling Democratic Party chairman Song Young-gil expressed hope that the election of the main opposition's new young leader will serve to advance the conservatives and bring about change to South Korea's politics.

Through his spokesperson, Song also relayed wishes that Lee Jun-seok's election will open up an era where partisan relations develop beyond ideological wrangling.

The chairman proposed building politics in which rival parties serve the people through self-reflection and reform, rather than pointing to others' wrongdoing and justifying its own blunders.

Song also said he would like to propose a regular channel where rival party leaders can meet and hold discussions.