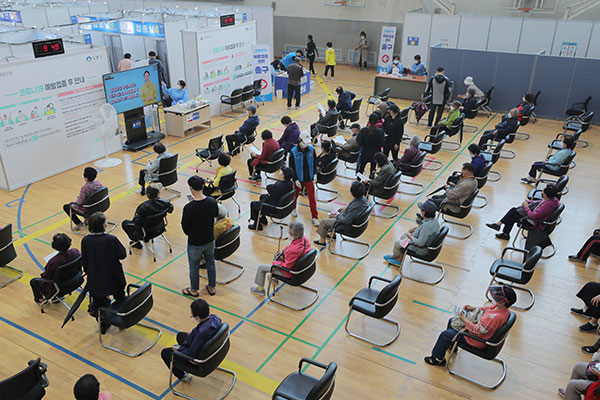 Over 14 million people in South Korea are expected to have received at least one shot of a COVID-19 vaccine by the end of this week, hitting the government's target for the first half of this year early.

According to vaccine authorities on Monday, eleven-point-eight million people have had at least one shot, which is around 23 percent of the population.

Considering that two-point-91 million people have reservations to get their first vaccine this week, the cumulative number is expected to exceed 14 million.

Starting Monday, Johnson and Johnson's Janssen vaccine will be administered to more than 600 people, aged 30 or older, residing on remote islands.

Also this week, Pfizer and Moderna vaccines will be offered to people under 30 who work in the police, fire service and coast guard, or are medical personnel and teachers.
Share
Print
List