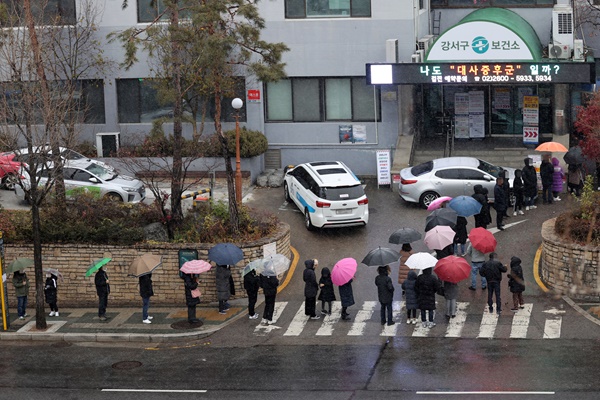 The Korea Disease Control and Prevention Agency(KDCA) said Tuesday that the new infections raised the country's accumulated total to 148-thousand-647.

Of the new cases, 347 were local transmissions and 27 came from overseas.

The daily figure stayed in the 300s for the second consecutive day for the first time since March 15 and 16.

The greater metro area accounted for 74 percent of the domestic cases, including 128 in Seoul and 118 in Gyeonggi Province. Other parts of the nation added 90 cases.

Four more deaths have been reported, bringing the death toll to one-thousand-992. The fatality rate stands at one-point-34 percent.