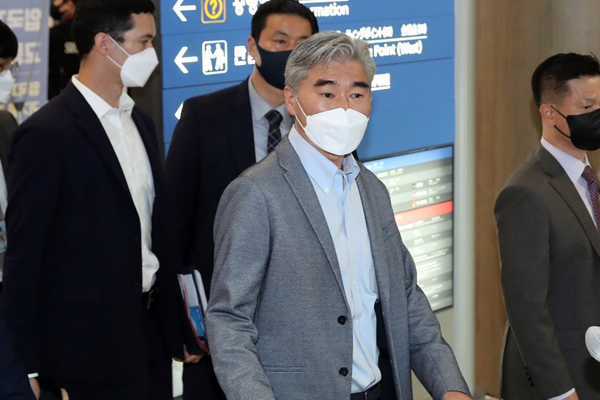 The new U.S. special representative for North Korea, Sung Kim, arrived in Seoul on Saturday for talks with his South Korean and Japanese counterparts on ways to resume dialogue with Pyongyang.

In his first visit to South Korea since being appointed to the post last month, Kim is accompanied by Deputy Special Representative Jung Pak and an official from the National Security Council.

Kim's meeting with his South Korean counterpart is scheduled for Monday morning. A three-way meeting including the Japanese envoy will also take place the same day, with bilateral talks between South Korea and Japan, and the U.S. and Japan also scheduled.

On Tuesday, Sung Kim will meet with Seoul's Unification Minister Lee In-young and members of academia and civil society to discuss the outcome of Washington's recently completed North Korean policy review before leaving the country on Wednesday.