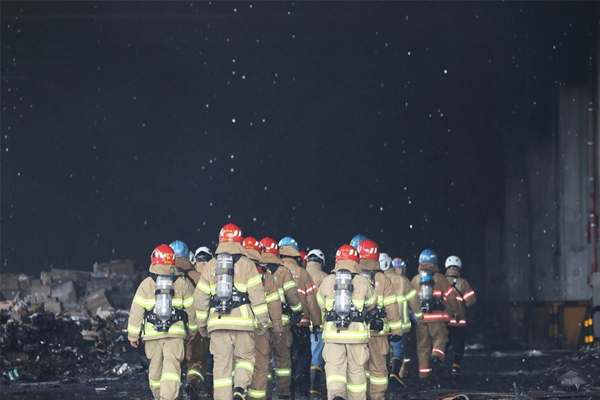 A firefighter who was trapped in a Coupang logistics center fire in Gyeonggi Province has been found dead.

Authorities said they found the body presumed to be that of Kim Dong-shik in the second basement level of the warehouse shortly after noon on Saturday.

Rescue efforts had been suspended until Saturday morning because the fire was too strong and there was a risk of the warehouse collapsing.

Kim and four more firefighters had entered the basement on Thursday to search for survivors after getting the blaze under control, but the flames flared up again, causing them to evacuate.