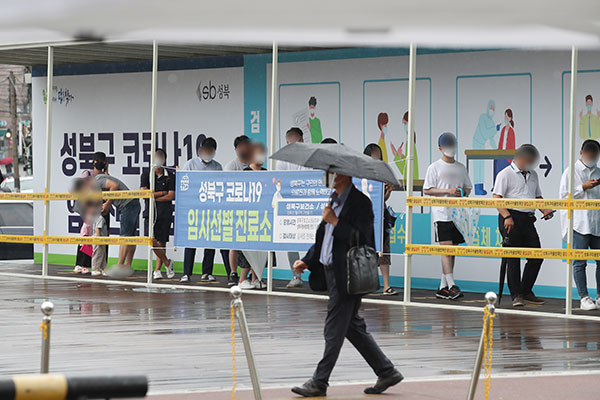 Over 600 new COVID-19 cases were reported on Wednesday for the first time in 13 days.

The daily figure jumped by 250 from the previous day and marks the first time it has exceeded 600 since June 10, which registered 610 infections.

Of the new cases, 605 were local transmissions and 40 were from overseas.

This is the fourth consecutive day the number of foreign transmissions was in the 40s, continuing a concerning upward trend as overseas cases had mostly been hovering around the teens and 20s for several weeks.

By region, the greater metro area accounted for almost 72 percent of domestic cases, with Seoul adding 228 and Gyeonggi Province 180. Other regions reported 171 new local infections in total, including 57 in Daejeon and 21 in North Gyeongsang Province.

One more death was reported, bringing the death toll to two-thousand-seven. The fatality rate stands at one-point-32 percent.