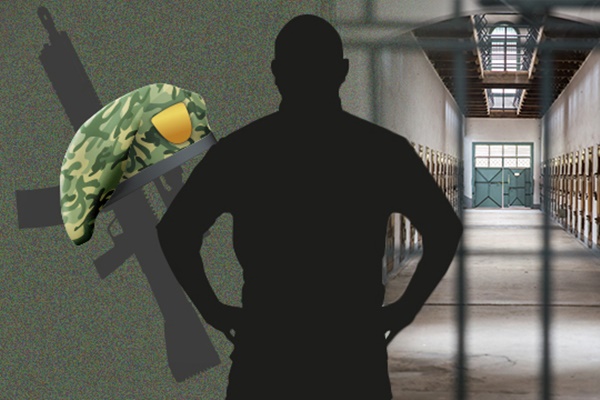 Anchor: The Supreme Court for the first time has upheld a lower court acquittal of a man charged for refusing to fulfill his mandatory military duty for nonreligious reasons. In its ruling on Thursday, the court recognized the defendant's beliefs against violence that prompted him to refuse to carry out his service.
Park Jong-hong has this report.

Report: Setting a new precedent, the Supreme Court has acquitted a man who objected to serving his active military duty, citing nonreligious reasons.

The defendant, surnamed Jeong, was indicted in 2017 after he refused to fulfill the country's mandatory military service without providing acceptable justification.

During the trial, he argued that he, as a sexual minority, opposed the military culture that forces masculinity, as well as the use of violence.

The first court did not recognize Jeong's defense and sentenced him to 18 months in prison.

An appellate court, however, overturned the original verdict and acquitted him following rulings in 2018 by the Constitutional Court and Supreme Court that eventually recognized conscientious objectors upholding religious faith. Sources say this played a major role in Jeong’s ruling.

This is the first case with a conscientious objector fighting against active duty, though the top court had upheld the acquittal of a man charged for refusing mandatory reservist duty for nonreligious reasons in February.
Park Jong-hong, KBS World Radio News.
Share
Print
List