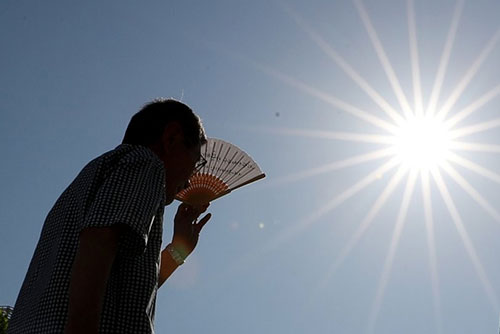 Rainy season is forecast to end around July 19 this year, followed by an onset of further sweltering heat.

In an online briefing Tuesday, the Korea Meteorological Administration (KMA) said that another bout of rain is expected Sunday or Monday after which the North Pacific high pressure front will envelop the Korean Peninsula, bringing a stronger heat wave.

Many parts of China, its capital Beijing in particular, are witnessing the worst flooding this year while downpours are petering out in Korea.

Meteorologists have been issuing heat wave advisories for most parts of South Korea since Monday while its capital Seoul saw its first official tropical night on Monday, 23 days earlier than the previous year.

Despite the heat, the KMA notes that monsoon season is not yet over and forecasts sporadic showers followed by at least one more nationwide span of precipitation on Sunday or Monday.

One weather expert noted that rainy season will end only when a high pressure front from the North Pacific Ocean blankets the country.
Share
Print
List