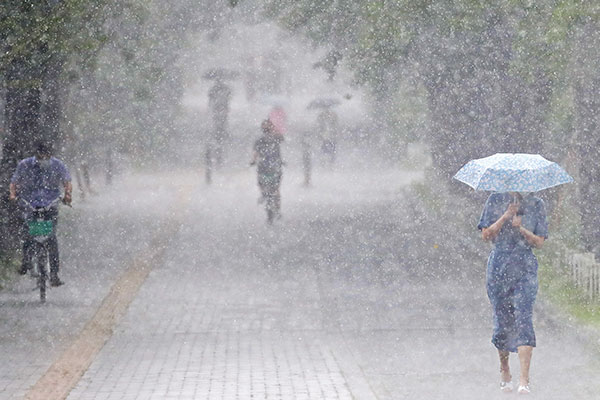 Sporadic showers are set to wet the nation on Thursday and Friday.

The Korea Meteorological Administration(KMA) said on Wednesday that showers -- accompanied by thunder and lightning -- will hit many parts of the nation early Thursday, including eastern Gyeonggi Province, as well as Gangwon, Chungcheong and Gyeongsang Provinces.

The weather agency warned that some areas could see precipitation levels exceed 100 millimeters over the two-day period, with wind gusts of up to 70 kilometers per hour or hail.

Despite the showers, a heat wave across the nation will continue as daytime highs in many regions will remain at 32 degrees Celsius or higher through Friday.
Share
Print
List