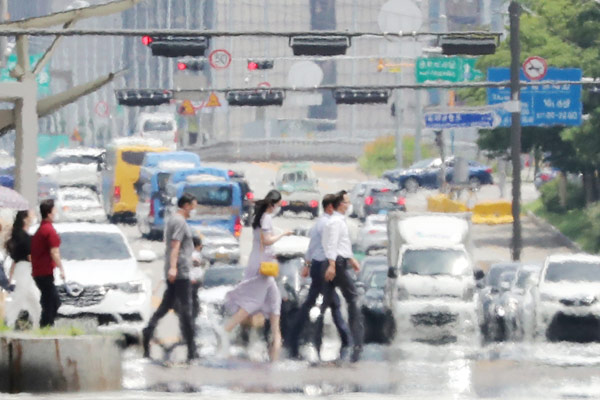 Sporadic showers are expected in most parts of the nation throughout the weekend.

In the Southern coastal areas and the western part of South Gyeongsang Province, rain is expected to continue from Saturday night to Sunday morning.

On Sunday, most parts of the country will be cloudy and more showers are expected during the day, except for Jeju.

Precipitation will differ widely among regions, from 5 to 60 millimeters.

Despite the showers, the heat will continue on Sunday as the temperature will rise above 32 degrees Celsius or higher in the Seoul metro area, the western part of Gangwon Province, and Chungcheong and Jeolla Provinces, with some areas witnessing tropical nights.
Share
Print
List