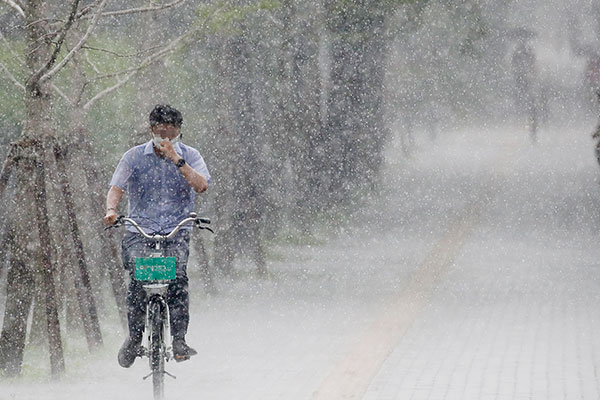 The state weather agency has issued heavy rain warnings for most parts of the Seoul metro area on Monday afternoon, while maintaining heat wave warnings and advisories in most regions around the country.

The Korea Meteorological Administration(KMA) issued the rain warnings as of 2:15 p.m. for eastern and southwestern parts of the capital region.

A heavy rain warning is issued when 60 millimeters of rain are in the forecast for three hours, or more than 100 millimeters in a 12-hour period.

Showers are forecast to gain force and expand outside the Seoul area amid rising daytime temperatures and enhanced atmospheric instability.

Most regions across the country are forecast to be affected by wind gusts and showers accompanied by thunder and lightning until late Monday.

The weather agency, meanwhile, maintained heat wave warnings and advisories issued for Seoul and the rest of the nation at 10:00 a.m. Monday.
Share
Print
List