Heat Wave to Remain in Place Nationwide on Tuesday 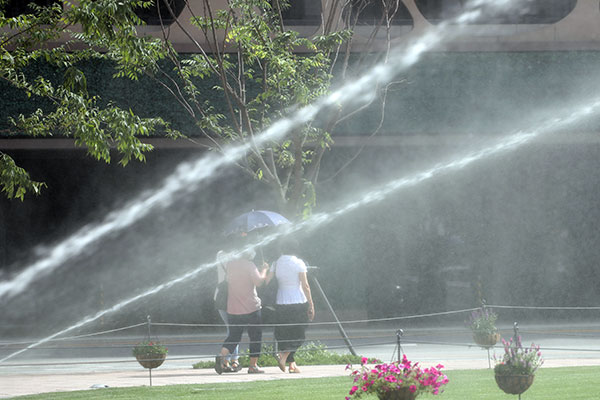 Sweltering conditions are set to remain in place on Tuesday, as daytime highs in the central region and parts of the southern region are forecast to hover over 34 degrees Celsius.

The Korea Meteorological Administration(KMA) said on Monday that the heat wave advisory initially issued for certain regions broadened to most of the nation due to the expansion of the North Pacific high-pressure system.

Some heat wave advisories in place for the central region and parts of the southern region were also upgraded to a heat wave warning, it said.

A warning is issued when daytime highs are forecast to exceed 35 degrees Celsius for at least two days and an advisory is issued when peak temperatures are expected above 33 degrees for two or more days.

On Tuesday, most regions in the nation are expected to report afternoon highs of 32 degrees or higher.