Interval Between Pfizer Shots to Rise to 4 Weeks from Monday 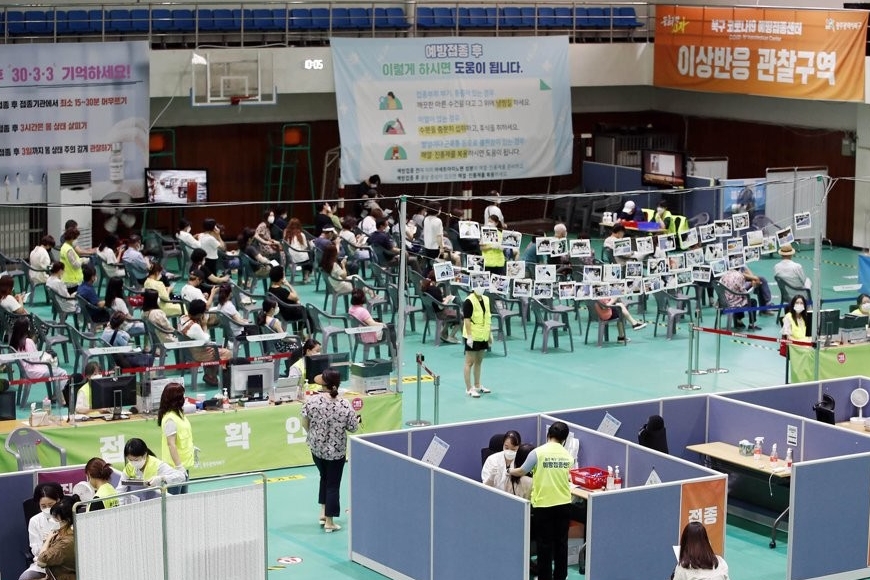 Starting Monday, people receiving the Pfizer COVID-19 vaccine will get their second shots after four weeks, compared to the current three.

According to South Korea's vaccination task force on Friday, an expert committee on inoculations decided in a recent meeting to allow the second jabs within six weeks for Pfizer and Moderna vaccines if necessary.

The four week interval time will be applied tentatively until August.

Monday is the first day of vaccinations for the general public aged 55 to 59. Those receiving shots in the last week of July are set to mostly get Moderna, excluding residents in the capital region who will receive the Pfizer vaccine.
Share
Print
List