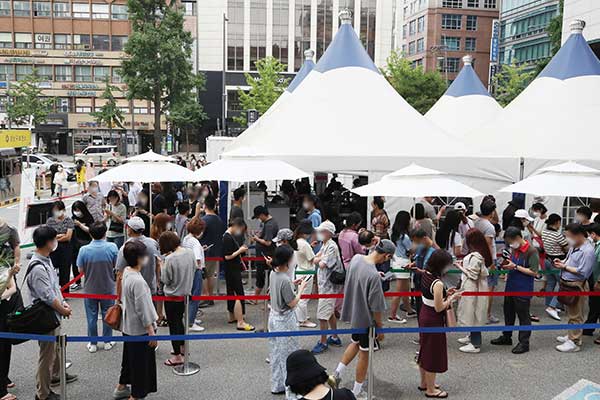 South Korea has reported over 16-hundred new COVID-19 cases in the past 24 hours.

Of the new cases, 15-hundred-73 are local transmissions and 56 are from overseas.

By region, the capital area takes up 55 percent of domestic cases while infections in non-capital areas are increasing, including over one hundred each reported in Busan and South Gyeongsang Province.

The number of critically ill patients has increased by 27 from the previous day to 254.

Two more deaths have been reported, bringing the death toll to two-thousand-68. The fatality rate stands at one-point-one percent.

On the vaccination front, as of Saturday, 16-point-eight million people in South Korea have received at least one dose, accounting for 32-point-eight percent of the population.