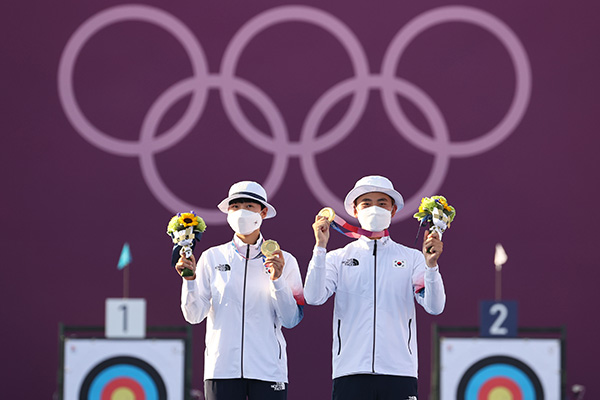 South Korea won one gold medal in archery and two bronze medals in fencing and taekwondo at the Tokyo Olympics on Saturday.

Archers An San and Kim Je-deok took gold by beating the Dutch team in the finals of the mixed team event held on Saturday at the Yumenoshima Park Archery Field in Tokyo. The duo secured victory with a final set score of 5-3, becoming the first winners of the inaugural event.

Team Korea will be gunning for medals in women's group archery, judo and taekwondo on day three on Sunday.
Share
Print
List