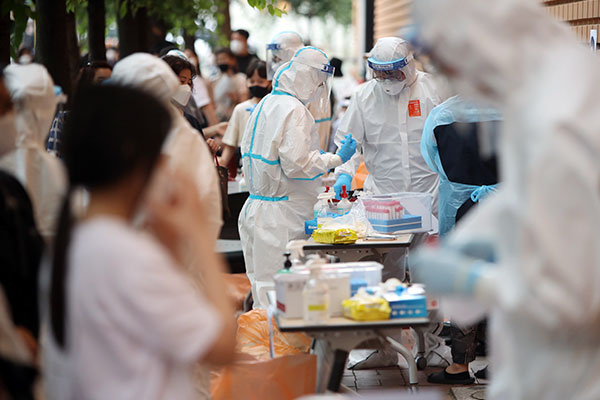 South Korea’s daily COVID-19 cases remained in the four figures for the 19th consecutive day on Sunday despite fewer tests conducted over the weekend.

The daily tally dropped by 142 from the previous day but marks the highest figure reported on a Sunday since the nation registered its first COVID-19 case in January of last year, replacing the previous record of one-thousand-454 reported last Sunday.

Of the new cases, one-thousand-422 were local transmissions and 65 came from overseas.

By region, the greater metro area accounted for 61-point-six percent of local infections at 876, including 478 in Seoul and 315 in Gyeonggi Province.

Other parts of the nation added 546 cases, including 116 in South Gyeongsang Province and 106 in Busan. The ratio of domestic transmissions outside the capital region, 38-point-four percent, is the highest level since the onset of the fourth wave of the pandemic.

Five more deaths have been reported, raising the total to two-thousand-73. The COVID-19 fatality rate for the nation stands at one-point-10 percent. The number of critically ill patients rose by three to 257.
Share
Print
List