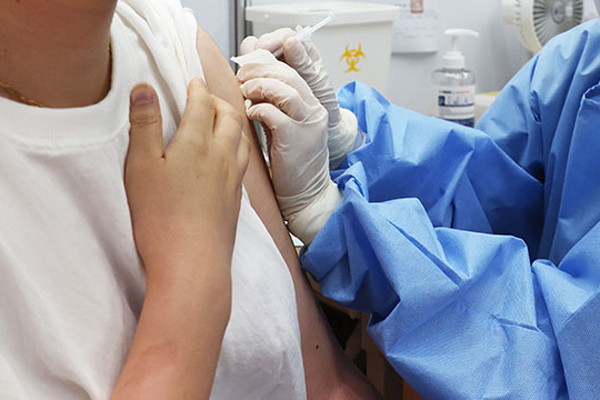 Research by South Korea’s health authorities has indicated that mix-and-matching the AstraZeneca and the Pfizer vaccines significantly increases immunity against COVID-19 compared to inoculation using the AstraZeneca vaccine only.

A think tank under the National Institute of Health affiliated with the Korea Disease Control and Prevention Agency(KDCA) on Monday announced a comparative study of the COVID-19 vaccination involving some 500 medical professionals working at 10 medical facilities in the greater Seoul area.

Both heterotypic vaccination and vaccination involving the same type of vaccine, whether the Pfizer or Astrazeneca, showed two-point-four to five-point-one times lower neutralizing antibody against the Beta, Gamma and the Delta variants of the virus.
Share
Print
List