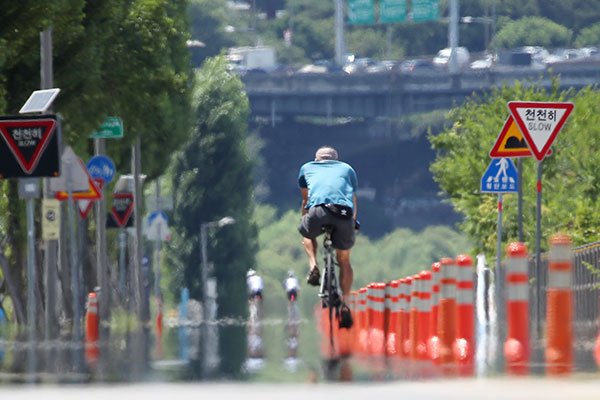 Tropical nights have persisted in Seoul for a week, with sweltering temperatures to continue into August.

The Korea Meteorological Administration(KMA) reported on Tuesday that most cities across the nation, including some coastal areas and Jeju Island, faced another tropical night on Monday, as temperatures failed to drop below 25 degrees Celsius after sundown.

In particular, Seoul saw tropical nights for the seventh straight day since last Tuesday, while Incheon racked up ten days, Jeju nine and the port city of Busan eight days.

The cumulative total of tropical nights so far this summer stood at 12 for Seoul, Incheon 14, Busan 13 and Jeju Island 20.

Rain is forecast nationwide this Saturday, while downpours are expected next Monday and Tuesday in eastern Gangwon Province. However, the scorching heat will continue at least through early August.
Share
Print
List