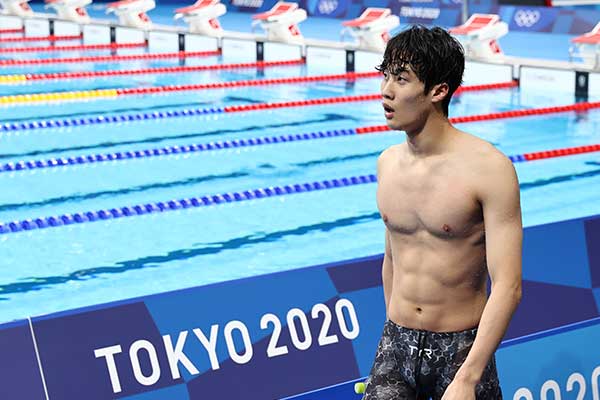 South Korean swimming sensation Hwang Sun-woo finished fifth in the finals of the men's 100-meter freestyle at the Tokyo Olympics, recording the best performance for an Asian swimmer in 69 years.

The 18-year-old finished Thursday’s finals held at Tokyo Aquatics Center in 47-seconds-82. It was behind the 47-seconds-56 that Hwang recorded during the semifinals on Wednesday.

Though Hwang failed to grab a medal, he achieved the best performance for an Asian swimmer since Hiroshi Suzuki of Japan won the silver medal in the same event in the 1952 Summer Olympics in Helsinki.