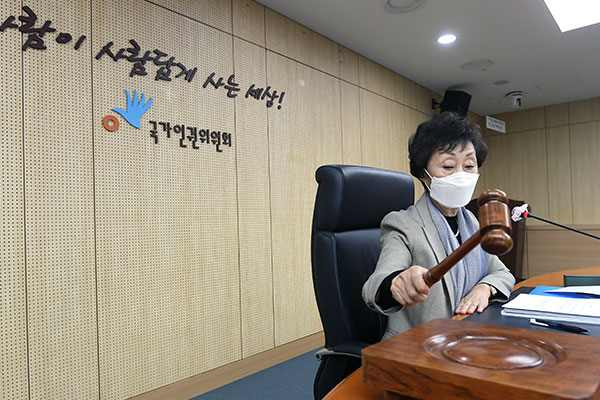 The widow of former Seoul Mayor Park Won-soon has filed an administrative lawsuit to
revoke a ruling by the state's human rights watchdog that he sexually harassed his secretary.

According to the legal community on Thursday, Park's widow Kang Nan-hee filed the suit against the National Human Rights Commission in April. The Seoul Administrative Court is scheduled to hold its first hearing on the case on September 7.

Jeong Cheol-seung, the legal counsel for the widow, claimed in a post on social media on Thursday that the commission came to its conclusion based solely on the claims made by the victim.

The lawyer also raised allegations that that the commission’s judgment may been impaired by its chairperson Choi Young-ae’s former position as head of the Korea Sexual Violence Relief Center.

The lawyer's claims have drawn flak from political circles as well as from women rights groups, who claim that raising doubts about the ruling only deals additional trauma to the victim.

In January, the human rights watchdog announced the result of a six-month probe into charges of sexual allegation involving the former Seoul mayor, saying that some of Park's words and behavior toward the victim can be construed as sexual harassment.

The commission also said it has also verified the victim's claims that Park, a former human rights lawyer, sent inappropriate messages and photos to the victim late at night, and touched her hands in his office.

Park died in an apparent suicide last year after the victim lodged the harassment complaint against her former employer.
Share
Print
List