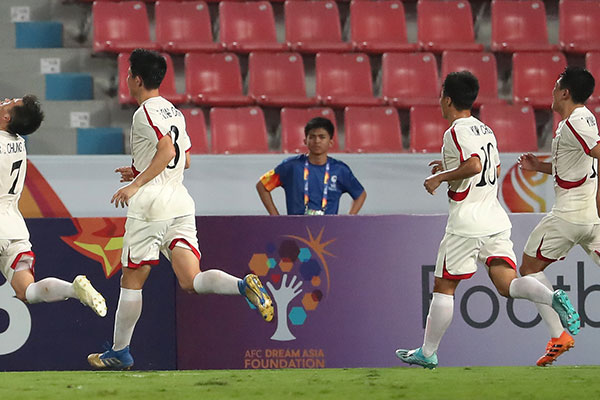 North Korea has pulled out of the U-23 Asian Cup in Uzbekistan and the Women's Asian Cup in India scheduled for next year.

The Asian Football Confederation(AFC) announced on Thursday that North Korea confirmed its withdrawal from the qualifying competitions of both the AFC U-23 Asian Cup Uzbekistan 2022 and the AFC Women's Asian Cup India 2022.

The AFC did not specify the reasons for the withdrawal.

The AFC said it will conduct a redraw of U-23 AFC Cup on August 11 on eight teams to move one team from Groups G, H, I and J to Group K.

South Korea in Group H will not be affected by the redraw as it is among the top seeded group.
Share
Print
List