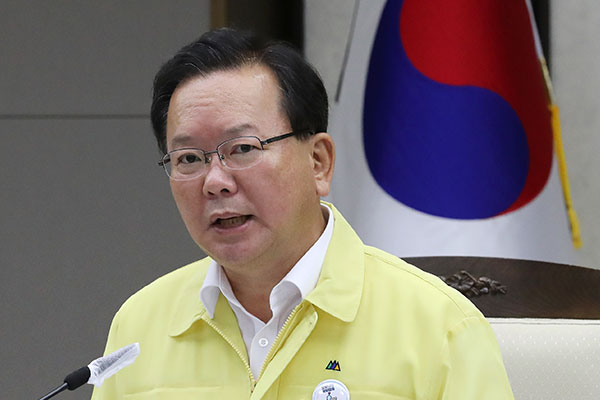 Prime Minister Kim Boo-kyum said on Friday that a delayed shipment of Moderna vaccines will arrive in South Korea early next month.

During a daily pan-government meeting on COVID-19 responses in Seoul, Kim said that one-point-three million doses of Moderna vaccines will be supplied to South Korea next Friday or Saturday.

He added that aside from the shipment, the government completed discussions with Moderna to ensure that a total of eight-and-a-half million doses will be delivered in August as scheduled.

The prime minister stressed that there will be no disruptions in the planned supply of the Moderna vaccine.

Moderna recently notified Seoul of adjustments to its distribution schedule due to production setbacks, with the shipments initially set to arrive late this month being delayed to August.
Share
Print
List