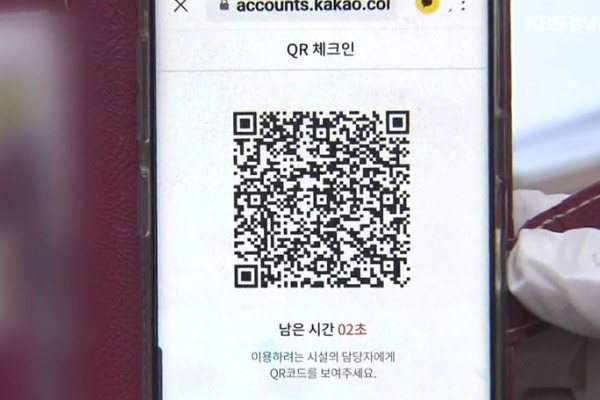 Starting from Friday, quick response(QR) code-based registration of visitors at shopping arcades and department stores will be mandatory as part of the country's efforts to contain the spread of COVID-19.

Health authorities will require large retailers to adopt the digitized registry system as well as a safety call check-in system in regions that are under Level Three or Four social distancing protocols. The government finalized the latest measure during a meeting held earlier on Tuesday.

Currently, the Seoul metropolitan area is under Level Four and most non-capital areas are under Level Three.

Establishments subject to the new rule are department stores and large-scale retailers that cover an area of three-thousand square meters or more.

Previously, department stores and supermarket chains had not managed a register of visitors as they saw a large floating population and had several entrances. Individual stores within large shopping malls and retail stores, including restaurants and cafés, each operated their own registry system.
Share
Print
List