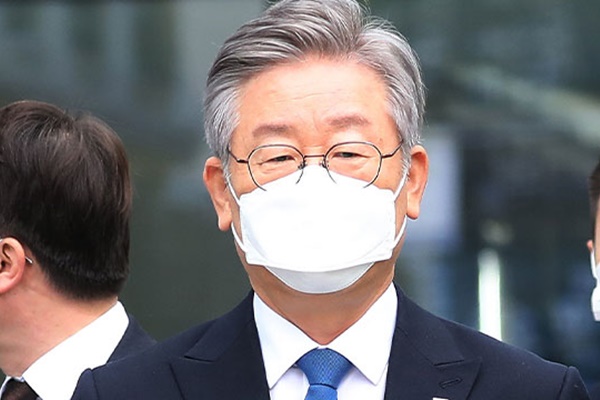 The two leading contenders in the ruling Democratic Party's(DP) presidential primary are increasing their face time with the public.

Gyeonggi Gov. Lee Jae-myung embarked on a four-day nationwide tour on Friday. Setting out from his hometown of Daegu, Lee will then visit Busan, Ulsan and South Gyeongsang Province followed by the Jeolla and Chungcheong provinces in a U-shaped tour of the country.

He has already nearly completed a national tour with the exception of the capital region, Daegu and North Gyeongsang Province.