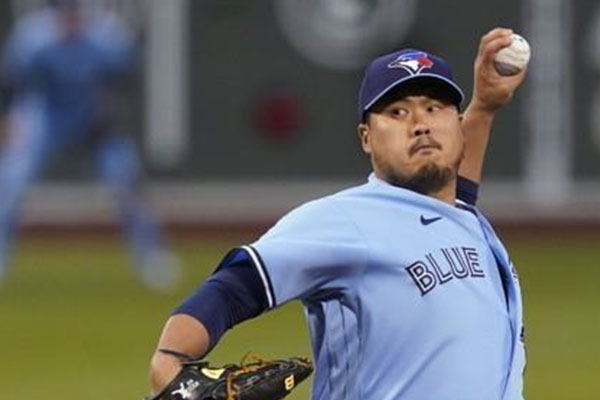 South Korean pitcher Ryu Hyun-jin of the Toronto Blue Jays has claimed his 10th win of the season, dedicating his victory to his grandfather who passed away the same day.

Ryu held the Red Sox to just two hits while striking out five in an 86-pitch outing.

Since entering the Big League in 2013, Ryu had scored double-digit victories during three other seasons - in 2013, 2014 and 2019, all at 14 victories. He lost five games this season so far.
Share
Print
List