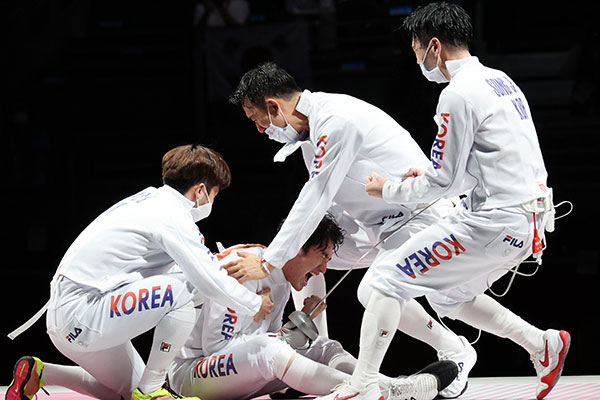 South Korea has added a bronze medal in fencing at the Tokyo Olympics.

In the men’s epee team bronze medal match at Makuhari Messe Event Hall on Friday, Team Korea comprising Kweon Young-jun, Park Sang-young, Song Jae-ho, and Ma Se-geon beat China 45 to 42. They had lost their semifinal match against Japan 45-38 in earlier in the day.

It is the fourth medal South Korean fencers have brought home from Tokyo so far.