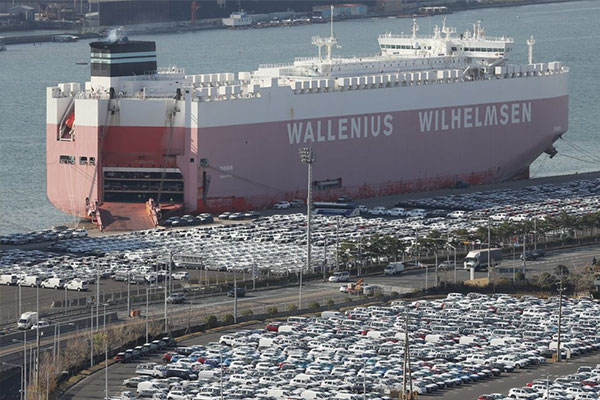 South Korea's exports rose by nearly 30 percent on-year in July to post a record in the monthly export volume.

According to the Ministry of Trade, Industry and Energy on Sunday, the country's outbound shipments came to 55-point-four billion U.S. dollars last month, up 29-point-six percent from a year earlier.

The figure is the largest export volume since the nation started compiling trade data in 1956 – the previous record was 55-point-12 billion dollars tallied in September 2017.

Shipments of semiconductors rose 39-point-six percent on-year to eleven billion dollars in July, marking the largest for the month.