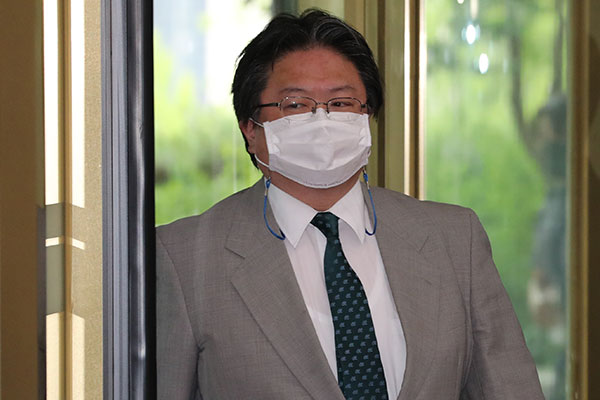 Japan's Foreign Ministry has reportedly recalled a senior diplomat in Seoul, who recently caused a controversy with disparaging remarks about President Moon Jae-in.

Japan's Nikkei Shimbun newspaper reported on Sunday that Hirohisa Soma, deputy chief of mission at the Japanese Embassy in South Korea, has been ordered to return home.

Nikkei said that Soma is expected to return home soon, noting that his predecessors usually served for two years at the No. 2 post at the embassy and it has been over two years since Soma took office.

Last month, Soma made an offensive sexual comment about President Moon's efforts to improve ties with Tokyo during a meeting with a South Korean reporter.

The comment came as the two nations were in consultation for Moon's possible trip to Japan for the Olympics and a summit with Japanese Prime Minister Yoshihide Suga.

Moon decided not to visit Japan and Soma's remarks were cited as a significant obstacle to Moon's visit.
Share
Print
List