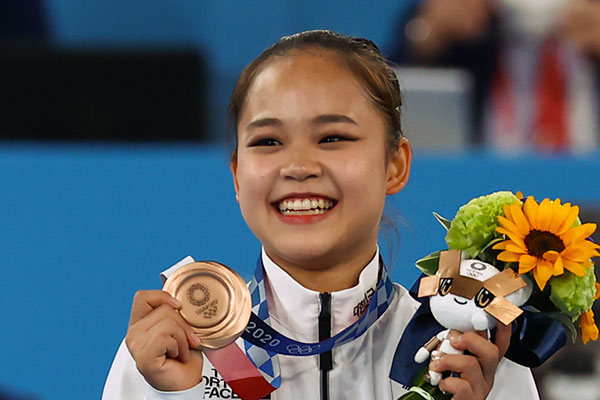 Yeo finished third with 14-point-733 points after two vaults on Sunday in the final round at Ariake Gymnastic Center in Tokyo.

The 19-year old gymnast has become the first South Korean athlete to win an Olympic medal in women’s gymnastics.

Yeo is the daughter of Yeo Hong-chul, who won silver in the men's vault in the 1996 Atlanta Olympics. The Yeos are now the first father and daughter pair in South Korea who won Olympic medals.
Share
Print
List