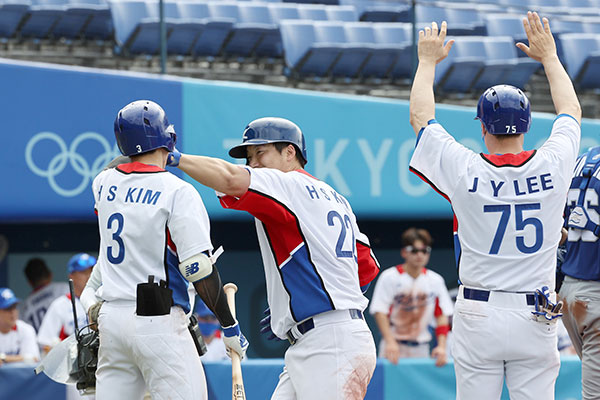 South Korea's baseball team has advanced to the semifinals at the Tokyo Olympics after beating Israel 11 to 1 in Round Two of the knockout stage.

The game, held at Yokohama Baseball Stadium on Monday, was called on a mercy rule after the seventh inning as South Korea was ahead by ten runs.

According to tournament rules, a game is called if one team is ahead by over 15 runs after five innings or by ten runs after the seventh inning.

In Wednesday's semifinal, Korea will face the winner of the U.S.-Japan game scheduled later on Monday.

Korea is the defending champion, winning gold in the 2008 Beijing Games. Baseball was removed from the Games in London and Rio, but reinstated for Tokyo.
Share
Print
List