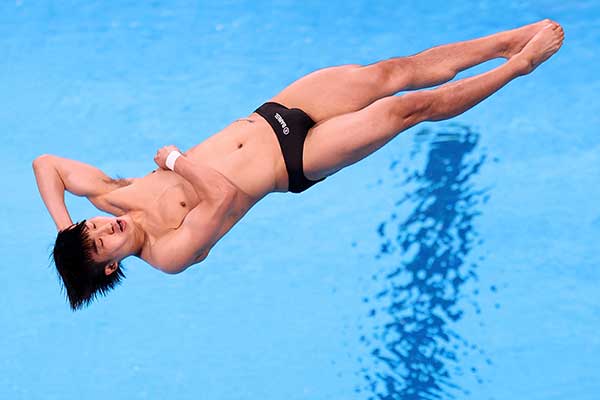 South Korean diver Woo Ha-ram is set to compete for gold in the men's three-meter springboard at the Tokyo Olympics.

Woo placed fifth in the preliminary round on Monday and finished 12th among 18 divers in the semifinal on Tuesday at Tokyo Aquatics Center, securing a ticket to the finals set for 3 p.m. the same day.

South Korea has competed in diving since the 1960 Rome Olympics, but has yet to win a single medal.

Woo is the only South Korean diver to ever reach the finals at the Olympics. He previously advanced to the finals in the ten-meter platform event at the 2016 Rio De Janeiro Games and finished eleventh.
Share
Print
List