S. Korea's Baseball Team Loses to US in 2nd Semifinal at Tokyo Olympics 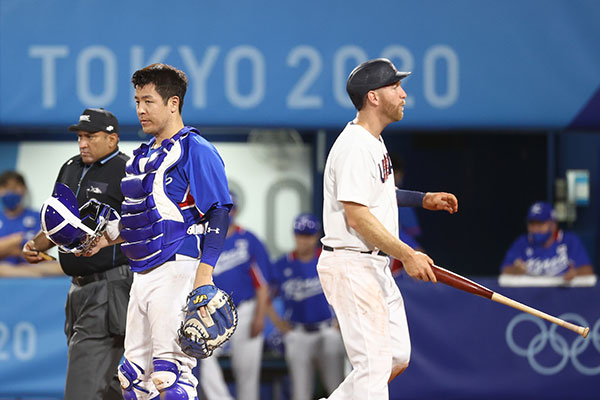 South Korea’s quest for gold in baseball at the Tokyo Olympics has come to an end.

South Korea lost to the U.S. 2-7 in a second semifinal game held at Yokohama Stadium on Thursday night. It marked the second time for Team Korea to lose to the U.S. in the current Games.

With the defeat, South Korea will now play the Dominican Republic for the bronze medal on Saturday at 12 p.m.

South Korea, the defending champion, was seeking to reclaim gold after taking it in the 2008 Beijing Games. Baseball was removed from the Games in London and Rio, but reinstated for Tokyo.
Share
Print
List