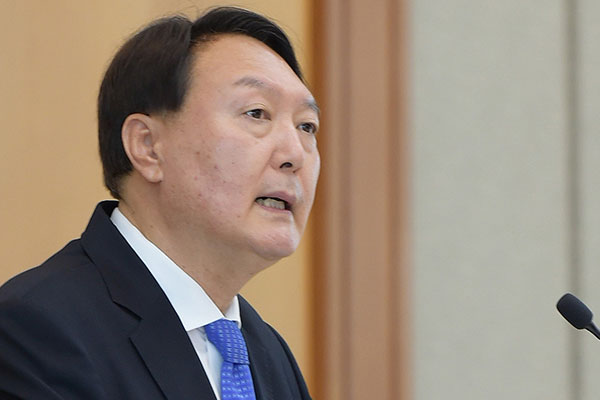 The Corruption Investigation Office for High-ranking Officials(CIO) is confirmed to have booked presidential hopeful and former Prosecutor-General Yoon Seok-youl as a suspect related to the latest political meddling allegations.

Speaking to reporters Friday, a CIO official said that Yoon was booked on Thursday on four charges, including power abuse, disclosure of official secrets as well as violation of privacy and election laws.

While raiding the offices of Son Jun-sung, a human rights supervisor at the Daegu High Prosecutors Office, and main opposition People Power Party lawmaker Kim Woong earlier Friday, the CIO had said only Son was booked into custody. It has now revised the statement to include Yoon.

One CIO official said both face four charges each, adding that a raid will not be conducted against Yoon on Friday.

Yoon has been accused of instigating the filing of complaints against pro-government figures while serving as the country's top prosecutor.
Share
Print
List