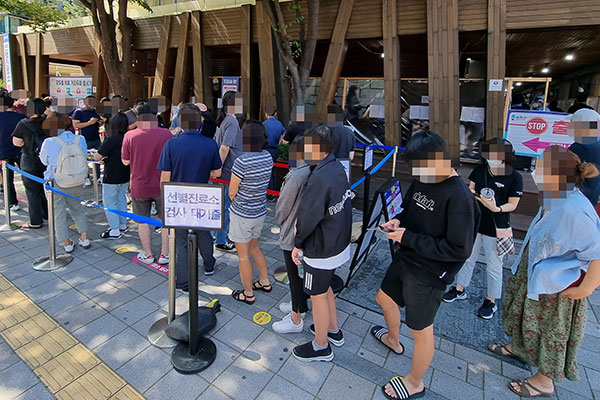 Nearly two-thousand new COVID-19 cases were reported on Thursday with the virus continuing to spread nationwide ahead of the Chuseok holiday.

The Korea Disease Control and Prevention Agency(KDCA) said on Thursday that one-thousand-943 cases were confirmed throughout the previous day, bringing the total caseload to 279-thousand-930.

The daily tally dropped by 137 from the previous day to fall below two-thousand. However, authorities remain alert as people will likely travel across the country for Chuseok with the proportion of daily local new cases in the capital region hovering around 80 percent.

The daily figure remained above one-thousand for the 72nd consecutive day. Among the latest cases, one-thousand-921 were locally transmitted infections, while 22 were foreign imports.