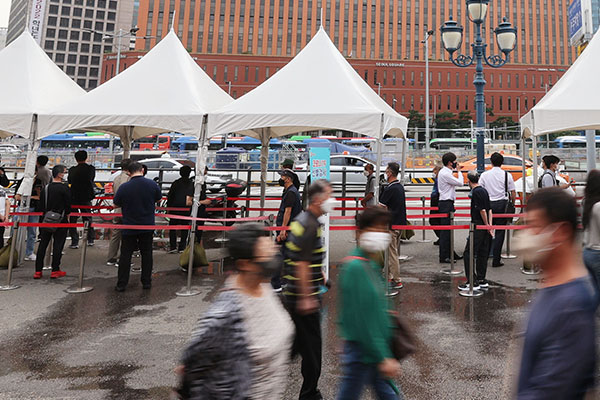 South Korea added more than 19-hundred COVID-19 cases on Sunday amid concerns over a further spike during the Chuseok holiday.

The daily tally dropped by 177 from the previous day, but marks the largest Sunday figure since the outbreak of the epidemic in the country early last year.

Of the latest cases, one-thousand-871 were locally transmitted infections, while 39 were foreign imports.

Non-capital areas added 415 cases, including 48 in Daejeon and 47 in Daegu.

Ten more deaths have been reported, raising the death toll to two-thousand-404, with the fatality rate at zero-point-84 percent. The number of critically ill patients stands at 333.

Meanwhile, over 36 million people, or 71 percent of the population, have received at least one vaccine shot so far. About 22 million, or 43-point-one percent, are now fully vaccinated.
Share
Print
List