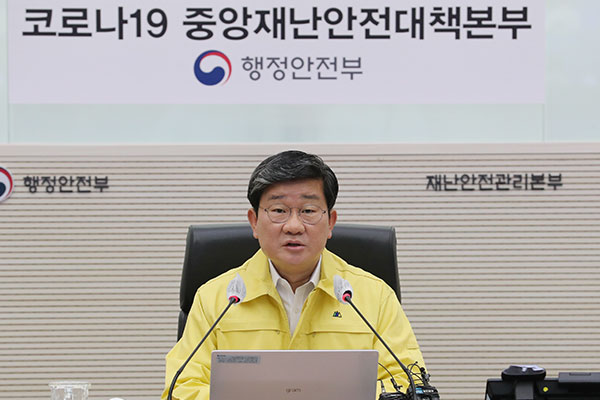 Interior and Safety Minister Jeon Hae-cheol said on Sunday in a government meeting that daily new infections in Seoul and its surrounding Gyeonggi Province and Incheon came to one-thousand-384 on average last week.

The minister expressed concern about a steady rise in new infections in the capital region.

Jeon said that the greater metropolitan area accounted for 77-point-eight percent of local transmissions over the past week, the largest since the second week of July.

He also said that traffic during the Chuseok holiday is expected to increase by three-and-a-half percent from a year earlier, voicing concerns that the recent spike in new COVID-19 cases in the greater Seoul area could spill over to non-capital regions.

The minister asked the public to refrain from traveling and minimize meeting hours during the holiday.

He added that the government and local municipalities will operate about 500 temporary COVID-19 testing sites across the nation during the holiday, in addition to those at 17 major bus terminals and train stations.
Share
Print
List