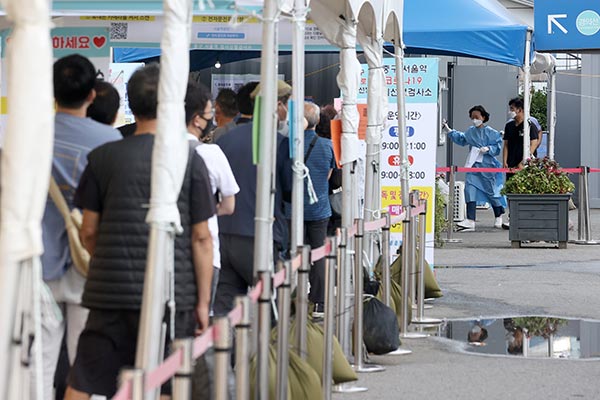 Daily new COVID-19 cases hit an all-time high of two-thousand-434 on Friday, showing a surge after the Chuseok holiday.

The Korea Disease Control and Prevention Agency(KDCA) said Friday that the new infections detected throughout Thursday raised the country's accumulated caseload to 295-thousand-132.

The daily tally hit a new high, replacing the previous record of two-thousand-221 set on August 11. Epidemiologists are warning that the figure could rise to over three-thousand.

Of the new cases, two-thousand-416 were local transmissions, while 18 were from overseas.

Seven more deaths have been reported, bringing the death toll to two-thousand-434. The fatality rate stands at point-82 percent.

The number of critically ill patients fell by three from the previous day to 309.
Share
Print
List