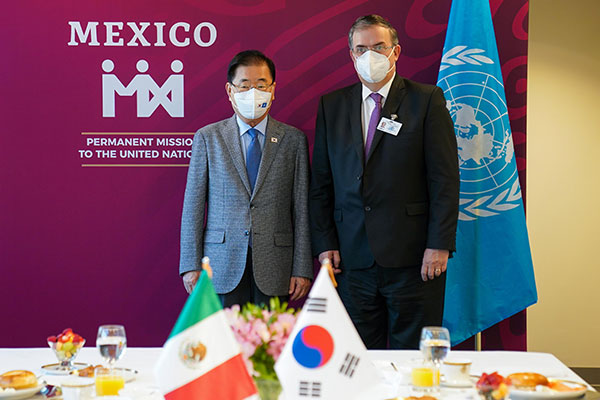 According to Seoul's foreign ministry, in talks over breakfast on Friday, the two agreed to push for signing a health accord to strengthen cooperation in infectious disease response.

Chung called for a swift resumption of free trade talks between the two sides and for support for Korean businesses to join Mexico's infrastructure projects.

Ebrard, meanwhile, called for more investment from Korea in the areas of semiconductors, electric vehicles, bio-medicine and hydrogen technology.

Chung congratulated Mexico on the 200th anniversary of its independence, while Ebrard proposed holding cultural events and high-level exchanges to mark the two countries' 60th anniversary of diplomatic relations next year.