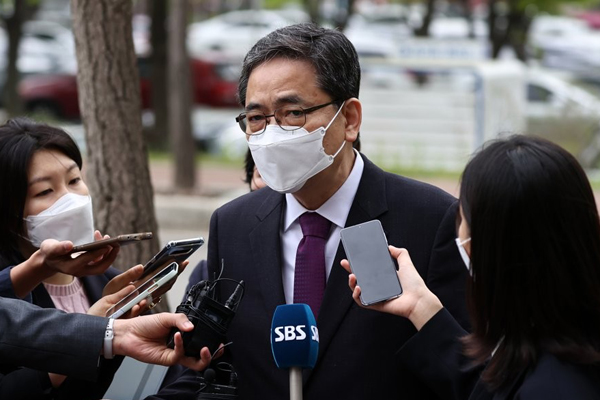 Rep. Kwak Sang-do from the main opposition People Power Party(PPP) offered to quit the party on Sunday after media reports that his son received a massive severance pay from a firm at the center of a land development scandal.

After an emergency meeting of the party's Supreme Council on Sunday, PPP floor leader Kim Gi-hyeon said Sunday that Kwak submitted to a regional party chapter a document to leave the party.

The firm is suspected of receiving favors and reaping huge gains in a development project in Seongnam, Gyeonggi Province, when Gyeonggi Governor Lee Jae-myung was mayor of that city.

The PPP floor leader said that regardless of Kwak's legal responsibility in relation to his son's severance pay, the party feels a heavy sense of responsibility regarding political accountability as a public figure.

Kim then repeated calls for a parliamentary investigation and a probe into the case by an independent counsel.
Share
Print
List