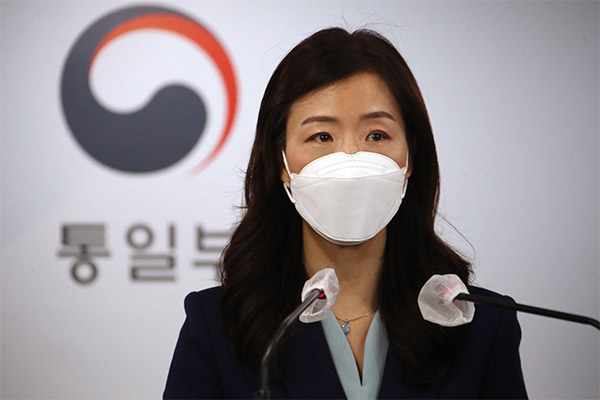 The Unification Ministry has stressed the need to swiftly restore inter-Korean channels, saying communication is key in advancing ties with North Korea.

Ministry spokesperson Lee Jong-joo presented the stance on Monday when asked what must be done first if the North intends to restore ties.

Lee said smooth and stable communication is imperative as the two Koreas seek to achieve the denuclearization and establishment of lasting peace on the Korean Peninsula.

While recently expressing interest in restoring cross-border ties, the North has yet to respond to daily inter-Korean contact since suspending communication in protest of Seoul and Washington's annual military exercise on August 10.

Regarding calls that North Korea must first apologize for demolishing the two Koreas' liaison office last year, the spokesperson said the two sides will be able to seek ways to resolve the matter after restoring communication.
Share
Print
List