Flying Taxi Service to Open in Seoul by 2025 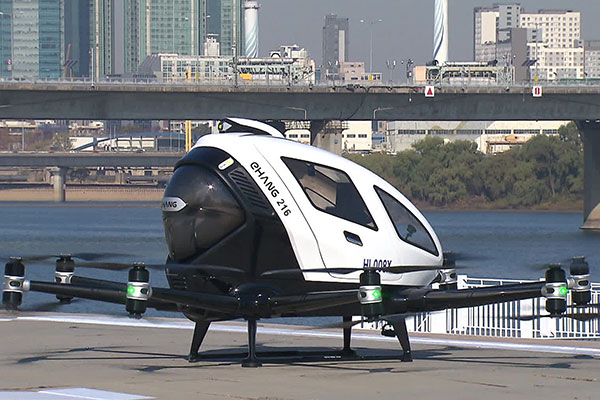 A sky road will open for commercial use from 2025 exclusively for a flying cab service in Seoul.

The Transport Ministry unveiled the Urban Air Mobility, or UAM, roadmap on Tuesday, that centers on the launch and fostering of the country's flying taxi service.

The plan consists of a three-stage program that aims to go autonomous from 2035. A human pilot will operate the taxis during the initial stage from 2025, which will then be followed by remote-controlled operation from 2030 before going fully autonomous.

The UAM system will begin operations without a runway using vertical take-off and landing terminals called vertiports that will be built in areas with the busiest traffic in Seoul.

The ministry explained that the UAM service will use low-altitude airspace of three-hundred to six-hundred meters which will be made possible through the development of eco-friendly technologies using electric motors and a low-noise propulsion system.
Share
Print
List