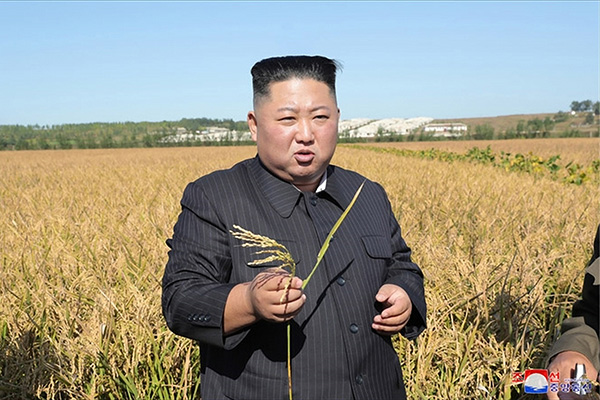 North Korea appears to be celebrating the anniversary of the ruling Workers' Party quietly without a large-scale military parade, unlike the previous year.

The North's official Korean Central News Agency and the party's official newspaper Rodong Sinmun published several articles about the 76th anniversary of the foundation of the party on Sunday.

Most of the articles introduced leader Kim Jong-un's activities centered around the livelihood of the North Korean people, and congratulatory messages and gifts for the anniversary from the North's largest ally China.